On June 12, 2018, a six-person jury awarded a seven figure verdict to two victims of sexual assault. After the trial, the Defendant moved for a new trial on the grounds that one of the jurors had identified herself as a victim of sexual assault. On October 15, 2018, the judge rejected the motion. 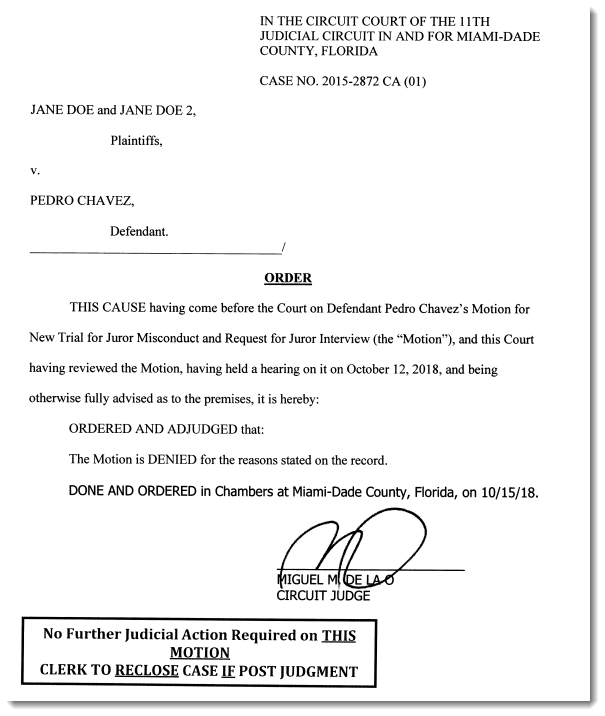